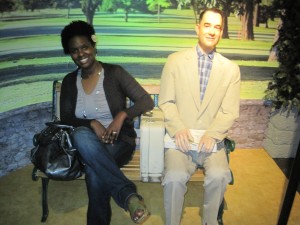 Kia is the owner of StarCatcher Productions, LLC in Orlando, Fl where she is an Acting Coach and Casting Director.

Kia’s career in entertainment span’s more than a decade, the majority of which she spent working for Nickelodeon & The N Networks in New York City as a casting director and manager of on-air talent.  While in this role she fulfilled brand needs by casting on-air promos, pilot’s, series, live events and helping to identify and create network stars.  Kia has worked with talent of all ages. Her credits include show’s like the ever-so-popular “Dora The Explorer” and “Little Bill” to teen oriented shows like Beyond the Break and South Of Nowhere, where she oversaw casting initiatives for The N Network.

After relocating to Orlando, Fl in October 2006 Kia entered the next stage of her career; working directly with kids and helping them to reach their full potential.  StarCatcher Productions, LLC was created to do just that.  In addition to teaching, Kia’s most recent credits include casting several project’s in the Central Florida area, Sesame Workshop and casting associate on the feature Film “Letters To God.”  Here most recent casting credit is for the feature film, “RENEE’ scheduled to be released in 2012.

Kia’s Dream Come True: working with and receiving a voicemail message from Maureen McCormick, aka Marcia Brady.  Growing up Kia was forbidden to watch more than one episode of The Brady Bunch per day, because her dad said she was loosing touch with reality.  One question about why her dad didn’t walk through the door everyday at 6 on the dot, saying “honey I’m home” limited her Brady Bunch intake.

After receiving a message from Marcia Brady herself, Kia was happy to announce to her dad that all those hours of hanging with the Brady’s wasn’t done in vain.

Marcia Brady was her reality:)